My Great Great Uncle Alexander Croal. Born in 1870, Scotland, he arrived in Australia with his siblings & parents in 1883. He went back to England and married Mary Curran in 1913. They had one son Dennis in 1913. We are unsure as to what happened to Mary, but Alexander & Dennis returned to Australia. Alexander was an Actor & we have a few copies of theater productions where his stage name Alec Alves is listed in the cast. He died in Sydney in 1951. 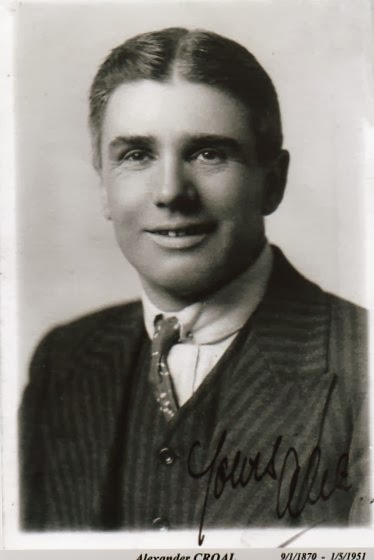 Oh Jeannie, what a mystery!

What a day that was. It was the day I discovered what had happened to my Great Great Aunt Jeannie Gow. Over the past few months I’ve been writing up the story of how I discovered what had happened to her. It really did involve detective skills, cross checking, double checking, and triple checking documents, dates and names. It was a puzzle, and somehow, on the 31st of March 2012 all the pieces fell together. I took a break from writing the story to focus on University. Now that Uni is over for the year, I’m getting back into it.

Here’s a paragraph, a sneak peak at the story of dear old Jeannie:

Mid-semester break rolled up on the 31st of March. I decided to dive into the genealogy again after taking a break to focus on my University studies. The Scottish 1911 census had been released on ScotlandsPeople last year, but at the time I dismissed it because none of my direct ancestors were in Scotland in 1911. They were either a) dead or b) living in another country. I thought about taking another look at the census – I went through the family tree to check who would have been in Scotland in 1911. I don’t know how I forgot about them, but the other sister Isabella had married and had a number of children. Although Isabella died in 1896, her husband John Reddoch and her children were still alive in Scotland in 1911.

The Diary of William Gow.

The Diary belonging to my Great Grandfather William Gow which he wrote in 1887.
We found it in a box at my grandparent’s house in 2011.

He arrived in Sydney, Australia in 1886 from Scotland when he was 18 years old, and he traveled on his own. His older brother Robert was already in Sydney. William wrote this diary when he was 19. It is seriously amazing. 90% of the year has an entry.

This diary is older than Australia! I’ll treasure it forever. 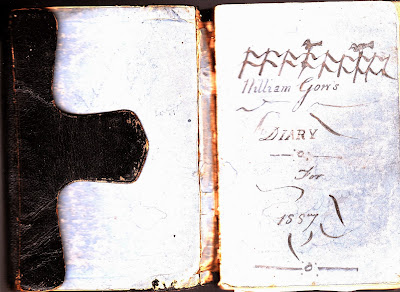 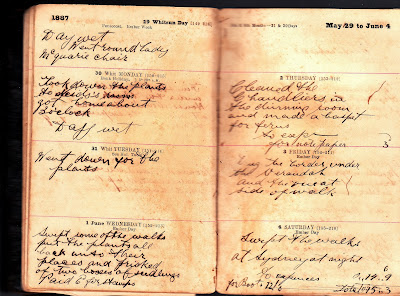