For today's Amanuensis Monday, I have transcribed the Testament of my Great Great Grandfather William Gow. William was born in 1808 in Scotland and died in 1874 in Muthill, Perthshire. In 1855 he married Jean/Jane Drummond and they had 5 children - John, Robert, Isabella, Jeannie & William.

There was no punctuation in it, however, I have attempted to insert punctuation where I think appropriate. Words in red are those that I was unsure about.


Inventory of the Personal Estate of William Gow, 1874


At Perth the twenty eighth day of December, Eighteen hundred and seventy four, In presence of James Adam Esquire Advocate Commissary of the County of Perth, Compeared Alexander George Read Solicitor in Auchterarder as Procurator for the Executor.

Executor after named and designed and gave in the Inventory of the Personal Estate of William Gow Farmer in Cairn in the Parish of Muthill (duly stamped with Twenty two pounds Sterling of duty), and oath thereon after-written desiring the same to be recorded in the Commissary Court Books of Perthshire, conform to act of Parliament which desire the said Commissary found reasonable and ordained the same to be done accordingly the tenor whereof follows:

Inventory of the Personal Estate of umqulul William Gow farmer in Cairn in the Parish of Muthill who died at Cairn on or about the twenty third day of May Eighteen hundred and seventy four.


At Auchterarder the twenty sixth day of December Eighteen hundred and seventy four years, In presence of James Smitton Esquire, One of Her Majestys Justices of the Peace for the County of Perth, appeared Jane Drummond or Gow residing at Cairn in the Parish of Muthill Executor of the deceased William Gow farmer in Cairn foresaid who being solemnly sworn and examined Depones that the said William Gow died at Cairn on or about the twenty third day of May Eighteen Hundred and seventy four, and the Deponent has entered upon the  possession and management of the deceased's Estate as Executor qua relict:

That the Deponent knows of no Testamentary Settlement or Writing left by the deceased relative to the disposal of his personal Estate or Effects or any part thereof.

That the foregoing Inventory signed by the Deponent and the said Justice of the Pace as relative hereto as a full and complete Inventory of the Personal Estate and Effects of the said deceased William Gow – wheresoever situated and belonging or due to him beneficially at the time of his death in so far as the same has come to the Deponents Knowledge that the Deponent does not know of any money or property belonging to the deceased liable to the duty imposed by the Acts 23 Victoria Chapter 15 and 23 & 24 Victoria Chapter 80.

I hope all my genea-friends have a wonderful Easter! 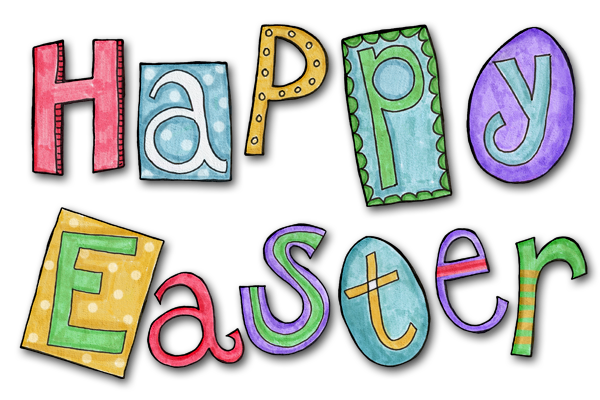 Here's a little snippet I found on Trove about Easter in Brisbane in 1933.

Trove made me speechless.

I was fiddling around on Trove this arvo and found this...

Don't worry, I know it's hard to read. Here's the transcription -

"Fifty country police stations in Victoria are being equipped with motor cycles, which will replace horses. The Chief Commissioner remarked, that horses were too slow in most cases, and the building of good roads had changed the whole idea of things.

Another link with the picturesque past is to be severed."

Something about it just caught my attention. I think it was the statement at the end, but I'm having trouble coming up with the words to explain why.
Posted by Caitie G at 16:04 No comments:

Robert William Gow was born on September 14, 1857 in Cairn Farm, Muthill, Perthshire, Scotland. He was the second eldest child of William Gow and Jean Drummond. He lived on his family's farm until the late 1870's. According to the 1881 Scotland Census, he was working as a gardener. Robert left Scotland and arrived in Sydney on May 23, 1884 via the ship Potosi. He was the first person in his family to leave Scotland.


On August 4, 1886, Robert married Mary Agnes Ryan in Sydney. Robert was Presbyterian, however Mary was Catholic. Apparently it was looked down upon if Catholics married Presbyterians. Robert and Mary married in the Catholic Church. There might have been an increased risk of Mary being ostracized from her family if she did not marry in the Catholic Church. I wonder if this risk wasn't relevant for Robert?

Robert and Mary lived in Willoughby, Sydney where they had eight children together -


All four boys were given the middle name Drummond - Robert's mother's maiden name. 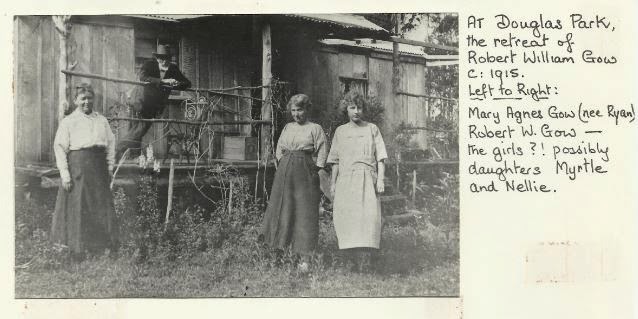 Robert passed away on December 8, 1927, four years after Mary died. Robert and Mary are both buried in Macquarie Cemetery in Sydney. They are not buried together because of their different religions - Robert is buried in the Presbyterian section and Mary in the Catholic section. When they got married, I wonder if they knew they weren't going to be buried together? Robert is buried with their eldest daughter Myrtle.