It’s a Federal Election here in Australia today. I haven’t been able to discover much about my ancestors’ political views, nor do I know of any who were in political parties, except one guy, my Great Grandmother’s cousin Donald Walter Croal. He was born in 1886, Sydney, New South Wales, to parents Alexander Croal & Margaret Munro.

In 1919, he ran as an Independent Candidate in the by-election for the New South Wales state seat of Petersham. He did not win, as you can see below. He received only 2.91% of votes.

In 1925, he decided to try his luck at the Federal level. Things did not really go to plan. His nomination for the Federal seat of Parkes was rejected by the Commonwealth House of Representatives. Why? Because he refused to pay the fee required when he submitted his nomination papers.

Below is a letter Donald wrote to the House of Representatives regarding this matter.

And this is the response he received -

The last paragraph: “The Chief Electoral Officer reports that although you tendered a nomination you declined to comply with the requirements of the Electoral Act by furnishing the required deposit. In the circumstances there was no alternative to rejecting your nomination.”

Here’s some more information below which includes the relevant piece of legislation mentioned above. 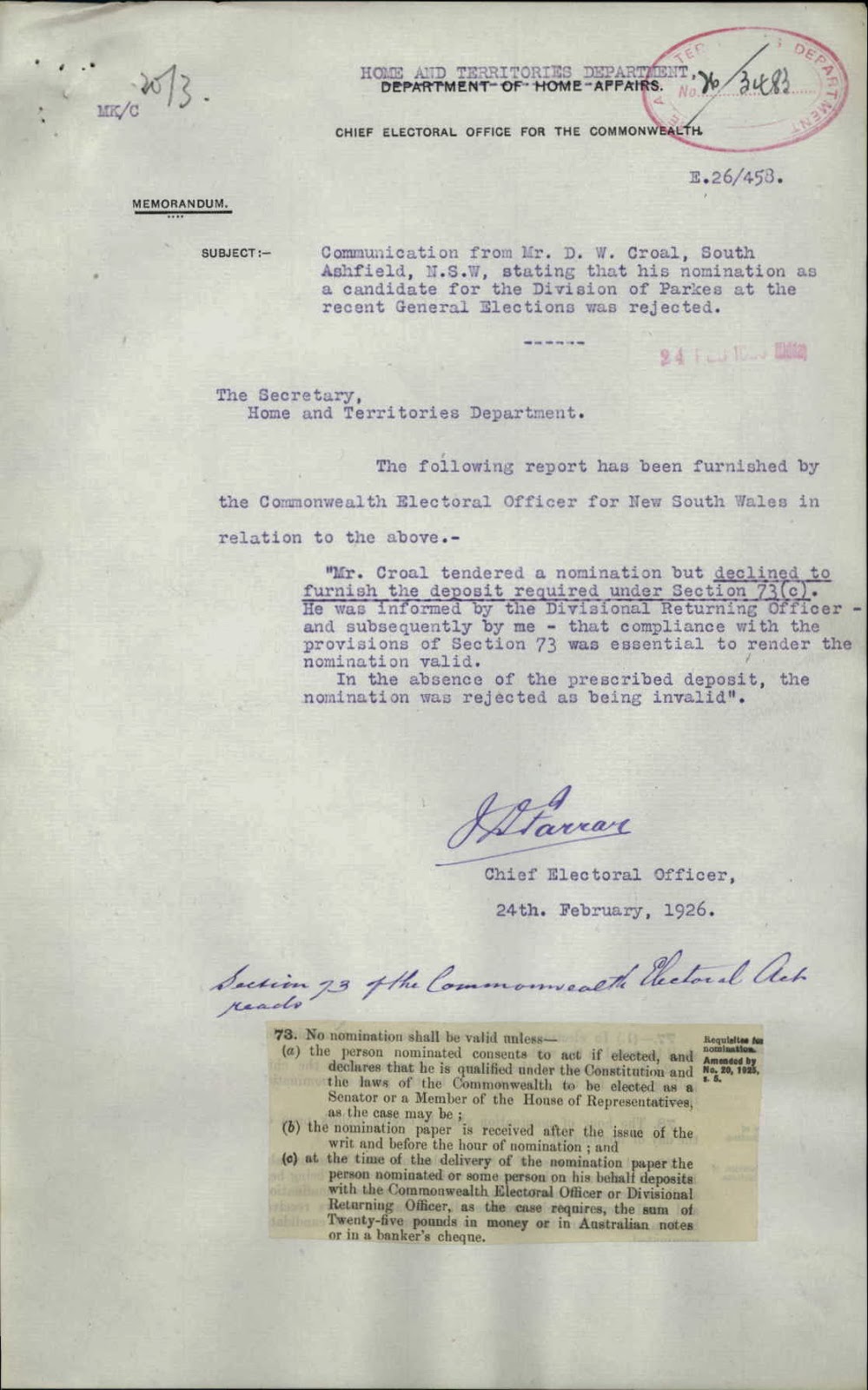 So, he refused to pay the nomination fee! With that, Donald returned to try things at the State level again. In 1927 he ran for the New South Wales seat of Dulwich Hill as an Independent. He did not win this one also, as shown below, with 0.88% of votes.

He doesn’t make an appearance in the world of politics after that.