Earlier this week, Cassmob posted an Australia Day Challenge geneameme. I think most of you know by now that I love geneamemes, so of course I had to have a go! Anyone can participate, and you don't have to live in Australia. This geneameme made me do some real thinking and digging through my family tree - I even discovered two new siblings of my Great Great Great Grandmother Jane Walker.


CLIMBING YOUR FAMILY’S GUM TREE
My first ancestor to arrive in Australia was: William Wright in 1823.

I have Australian Royalty: I have two ancestors who were convicts – William Wright & Elizabeth Graham. William was transported to Australia in 1823 on the ship ‘Surry’. Elizabeth arrived in 1833 on the ship ‘Buffalo’. It just so happens that two years later they married. 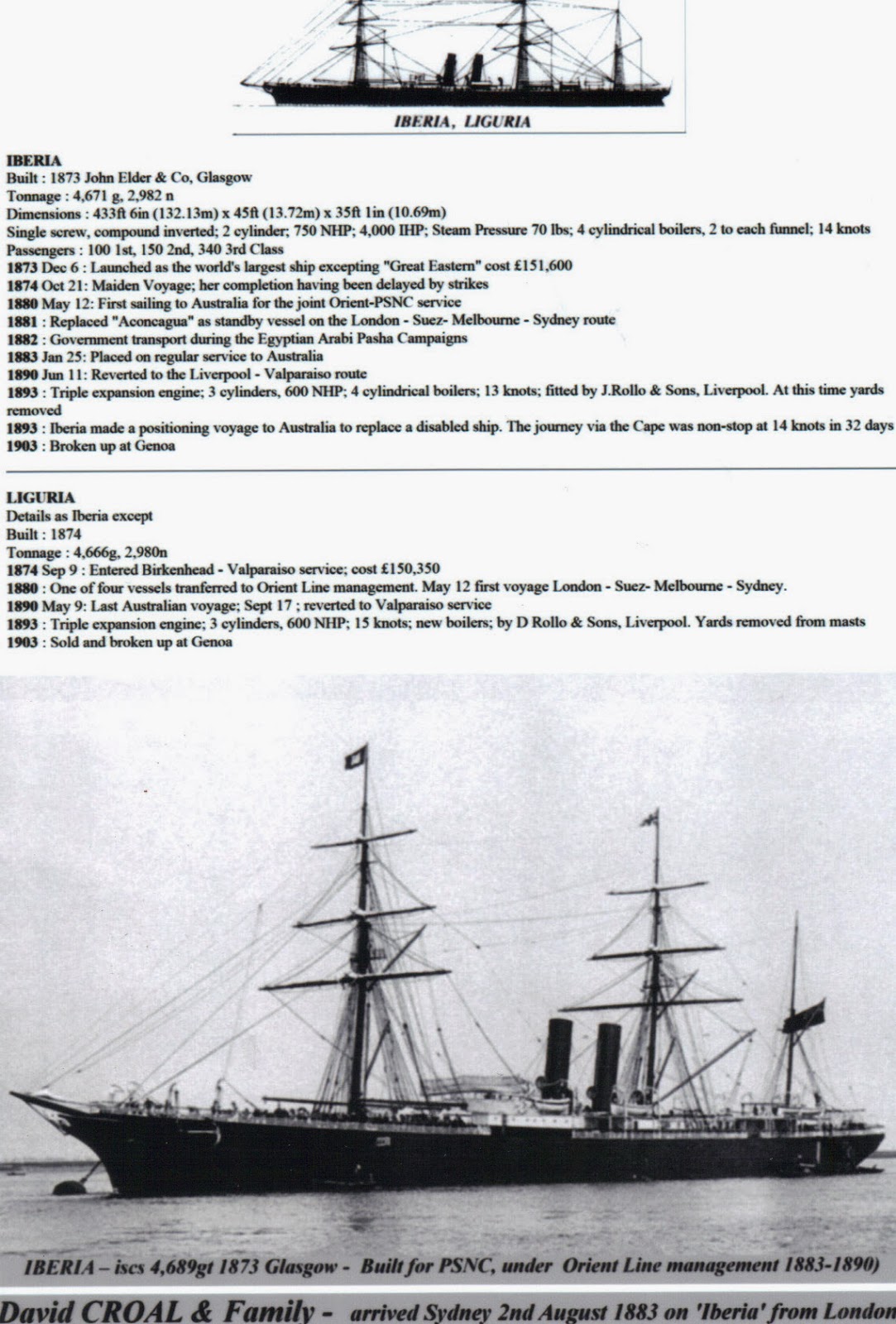 I’m an Aussie mongrel, my ancestors came to Oz from: Mostly Scotland & a little bit of England.

Did any of your ancestors arrive under their own financial steam? William Gow in 1886, and David Croal & his family in 1883. The others were assisted.

How many ancestors came as singles? 3 – William Gow, my Great Grandfather &  my 2 convict ancestors.

Did one person lead the way and others follow? William Gow’s older brother was already in Sydney when he arrived.

Did anyone make a two-step emigration via another place? Nope.

Which state(s)/colony did your ancestors arrive? New South Wales.

Did they settle and remain in one state/colony? Yup, New South Wales.

Did they stay in one town or move around? A couple stayed, a few moved. Those that moved generally stayed within the general New South Wales Mid-North Coast area.

Do you have any First Australians in your tree? No.

Were any self-employed? Yes – most of them were farmers.

What occupations or industries did your earliest ancestors work in? Farming, the Police Force & the Railway.

Does anyone in the family still follow that occupation? No.


Did any of your ancestors leave Australia and go “home”? Nope.

NOW IT’S ALL ABOUT YOU
What’s your State of Origin? Queensland. However, when it comes to the rugby, I'm a Blues supporter. Dad's from New South Wales...
Do you still live there? Sure do. Brisbane to be specific.

Where was your favourite Aussie holiday place as a child? Sydney. My Dad grew up there, so we always visited my Grandparents & Aunty 4 or 5 times a year. I’d pretty much done all the touristy things by the time I was 15. It’s like a second home to me.

Any special place you like to holiday now? Mid-North Coast of New South Wales – Coffs Harbour, Macksville, South West Rocks etc. It’s the area that my Grandparents grew up in, and it’s just a beautiful part of Australia.

Share your favourite spot in Oz: Brisbane, Sydney & the Mid-North Coast of NSW will always be favourites. I haven’t really been anywhere else in Australia.

Any great Aussie adventure you’ve had? We went to Coffs Harbour in January 2013 and spent a week there. Dad & I had a father-daughter-genealogy-day, & we visited my Great Aunt who we hadn’t seen in a few years. That was a pretty special trip for me.

What’s on your Australian holiday bucket list? So. Many. Places. I’m dying to go to Melbourne!! I’d like to go to the South Coast of NSW, The Northern Territory, Tasmania, North Queensland & Western Australia one day.

How do you celebrate Australia Day? We don’t really do anything too exciting. We just enjoy the day, usually at home & watch the tennis. I also listen to Triple J’s hottest 100.
Posted by Caitie G at 21:54